As much as I could get behind making life one big party–and dressing as such–I admit that’s not exactly realistic. Even the most vivacious flapper still had to go about the more mundane day-to-day business of living. And so must we.

But even if it can’t be pearls and red lipstick 24/7, it doesn’t have to be dull. 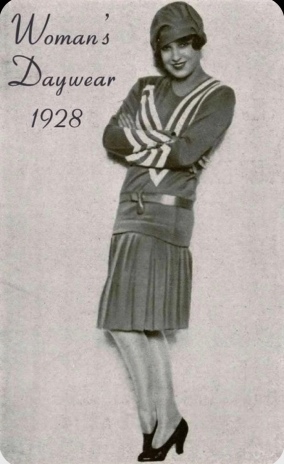 The typical daytime outfit in the 1920s was pretty sporty. Simple dresses (or blouses with skirts), about knee length, accessorized with a cute hat and a short heel.

The cloche hat (cloche being the French word for bell) was exceptionally stylish paired with the lovely bobbed haircut. And this small, sleek accessory is my favorite kind of hat, personally. I like the way it frames the features, rather than overshadow them.

It’s always been my opinion that hats need to become mainstream again, and I’m in favor of bringing back this kind in particular. 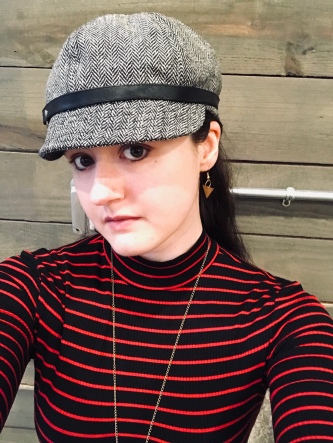 Here’s me last year wearing something along the same lines. It’s not exactly cloche, but it has the same effect, and it’s a little more modern-looking. Just to give you an idea.

This, in a very general sense, is what the shoes were like. And it seems to me this would be an easy thing to bring into our modern wardrobes. I love kitten heels. They don’t hurt, and not every step has to be a calculated balancing act.

This isn’t a super casual example, but it’s a really good one in terms of modernization. I’ve mentioned before that if you dress head to toe in the theme of a certain decade, you’re wearing a costume, not an outfit. This woman has the Roaring 20s hair and shoes, and that’s it–those elements are more than enough. 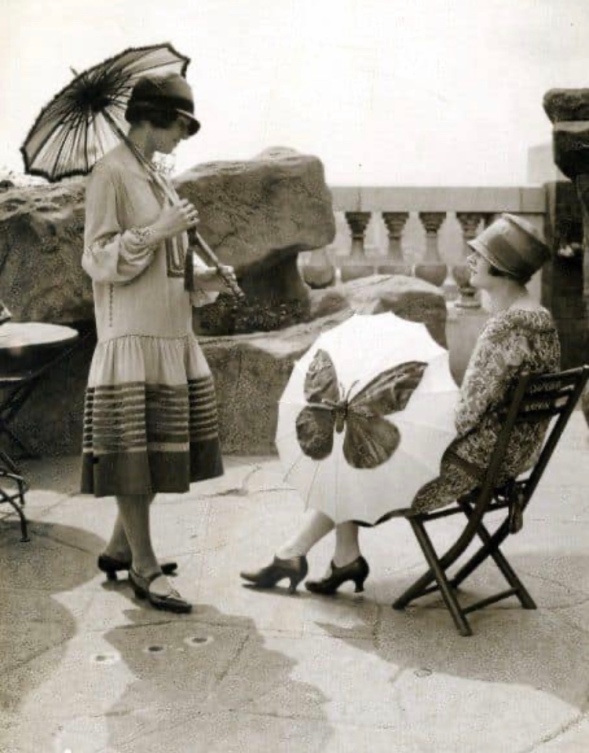 And I think we can all agree. Parasols never should have gone out of style.

This is the accessory we’re really missing. Especially where I live, in the south, where the sun will beat you down before you can say ‘sweet iced tea.’ 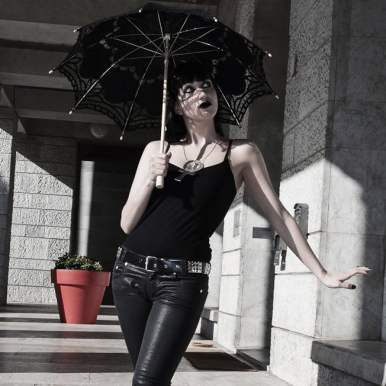 At the moment, goths seem to be the only ones with the nerve to carry these around, and I think we should all be striving to reach that level of extra.

Let’s normalize the parasol again. Please. We need the shade. 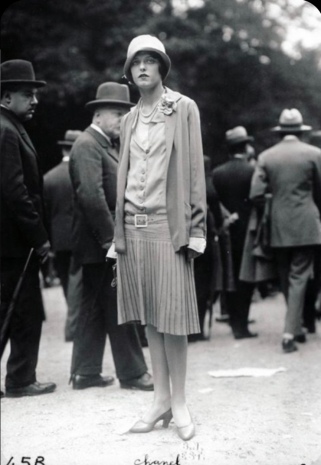 One big element in the Roaring 20s wardrobe was the “drop waist.” This is basically just what it sounds like: whatever would typically be at the natural waistline (like a belt) is dropped to the hips instead. So rather than creating the ever-popular hourglass silhouette, it made the figure look more like a straight line. And as I mentioned in my Flapper Girl post a few weeks ago, this was a purposeful stance against the restrictive corset trend of previous generations.

No more cinching and squeezing to the point of breathlessness. Ladies of the 20s weren’t having it. 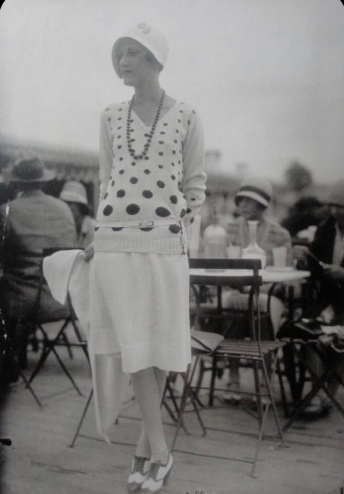 Now of course, to pull off that straight line “ideal,” a person would need fairly narrow hips, and that’s not necessarily common. I wanted to point that out, because women are almost always made to feel too big in one capacity or another, and it’s such bullshit.

As you experiment through your style journey, don’t be afraid to try the drop waist look. It will put a lot of emphasis on your hips, and in my own experience, I saw myself in the mirror and thought, “Geez, my hips are huge!” But no, my hips are entirely normal–and even if they really were huge, never fall into the trap of talking yourself down. Whether you like this silhouette or not, that’s just a matter of personal taste–keep in mind, it’s designed to make you look like a rectangle–but loving the body you live in is non-negotiable. 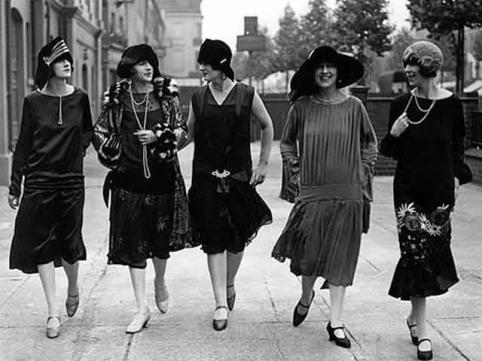 There were just as many body types, facial features, and financial statuses in the 1920s as there are now.

All of this to say that no style should feel exclusive. I don’t want you to look at the Flapper Girl image and say “not for me” just because you’re a different shape. Shape wasn’t even the point. They were trying to get away from shape.

The measurements on the poster above would only fit a tiny fraction of the female population, no matter what location or time period you went to. And literally no one needs to measure themselves that thoroughly unless you’re getting something tailored.

(Looking this all through, this post has gone from “we could wear these cute shoes” to “body positivity for all,” and well, no regrets).

It is my belief that we should capture the Flapper spirit, regardless of who we are or what we look like. Vibrant. Fearless. Ready to seize the moment. Personally, I find that I can capture this attitude more effectively when I wear elements of the glamorous style of the time. And generally speaking, this post was meant to show you that the glamour doesn’t have to fade when the sun comes up.

And it’s also an excuse for us to look at these cool vintage photos. Real people. Real fashion. They spark more inspiration than any Great Gatsby costume ever could. 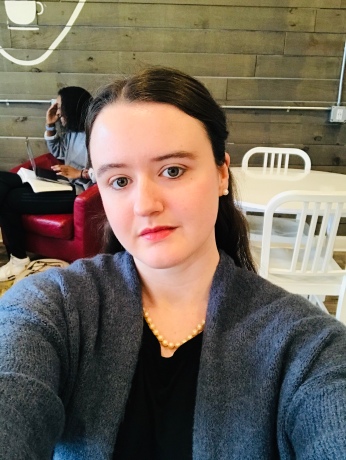