Since this is (what I have proclaimed to be) The Screaming 20s, and since I love the idea of echoing the 1920s in modernized ways, today I’d like to go into the Flapper.

What kind of woman was she, and why should we revive her?

Here’s a general example of what fashion was like in the decade before. It’s basically what the Flapper was trying to get away from. Long, tedious layers, a tightly corseted waist, voluminous hair piled atop the head, and a big, cumbersome hat. As a modern viewer, I can say that this look had its own charm, but it wouldn’t be much fun in a practical sense. 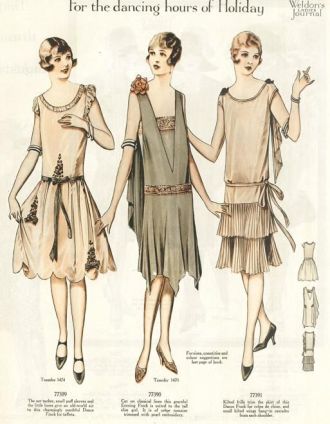 Look at this in comparison. The contrast is drastic. Much shorter skirts and sleeves, no corsets (no emphasis on the waist at all), and particularly short hair. And this didn’t just happen. It wasn’t a mere whim of style.

It was purposeful, active rebellion.

The Flapper Girl was boldly “unladylike.”

She smoke; she drank. She wore red lipstick and dark eye makeup. She stacked her jewelry, danced at wild parties, and kissed before she was married. Vivacious and outspoken, she became the glamorous ideal of the decade–that’s what she is to us.

But like I said, it wasn’t a flight of fancy for these girls. It was a social movement, a gilded protest against restrictive clothing and restricted bodily autonomy. It was feminism.

The hair was a big part of it.

Even now, in my own personal experience, I have been told that “boys like long hair.” Doesn’t that just make you wanna chop it all off? Well the Flapper did it. Bobbed short and sharply styled one way or another, this is a highly recognizable element of the 20s era look. For them, it was nothing short of a political statement.

It was a bunch of women and girls saying, “I’ll do what I want.”

And you can tell it met with disapproval by just looking at the passive aggressive heading on the poster above. “If you must do it, show this to your barber.”

The Flapper was sexy. The glitz and sensuality were deliberate choices.

Any movement that involves women reclaiming and owning their sexuality is important. It’s intrinsically linked with feminism, fighting against the still-relevant problem of objectification. This idea that there is only one way a woman can be (if she wants to be treated with decency): a “lady,” a “good girl,” perfectly meek and modest, wholly without physical desires, and waiting to be demurely guided through life by her husband. Stepping outside that box, she’s “ruined,” as if she’s a broken plaything and not a dynamic, soul-having human being.

Fuck every inch of that.

I think it was tremendously clever to rebel by having fun. These women made it all the rage to get dolled up and go have a ball, and they were participating in an important social protest at the same time. That’s why I think we should revive the Flapper Girl attitude. The same causes are still in need of fighting for. But why shouldn’t we bring optimism and joviality into the mix? My generation could stand to have a good time. You know it. I know it. We’re grinding; we’re trying our best, but it can feel like the weight of the world is on our shoulders.

I’m not suggesting we be irresponsible. I’m saying that we deserve to get dolled up and go have a ball. We’re grown. Nobody has any business telling us what we can’t do. 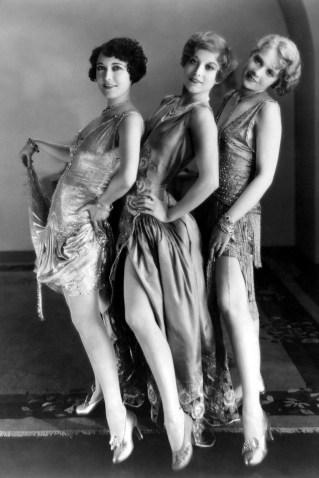 Shake off the shame.

Even right here in the newly fledged 2020s, women are constantly taught to associate their bodies with sin and guilt. It’s wrong, and disgusting in its prevalence. Time to drink a Cosmopolitan and Charleston that shit right off.

This is what I want for us. I’ve realized that feminism, and every single other human rights movement, will always have to be fought for–both to gain freedoms and to maintain them. We have no choice but to rebel in one form or another. But I don’t want that to mean a lifetime of cynicism. I don’t want any of us to lose our spark. 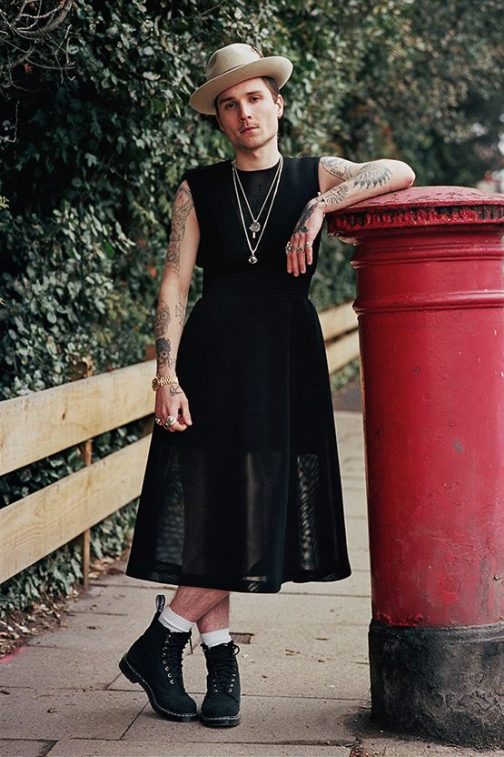 I think this boils down to self-expression in the end. As in, you should be able to present yourself in any which way you please, as a free individual. I know that it’s a lot more dangerous for some than for others (so make your own personal judgments for your environment and please be as safe as you can), but at the same time, have your fun. Choose the clothes you like, the hair you like; get the piercings you like, the tattoos you like…Anything and everything, it should all make you feel happy. You deserve to take up space and be your own self.

Haters don’t want you to have fun, so have it for spite if necessary. That could be your act of rebellion–your inner Flapper Girl coming out to play. 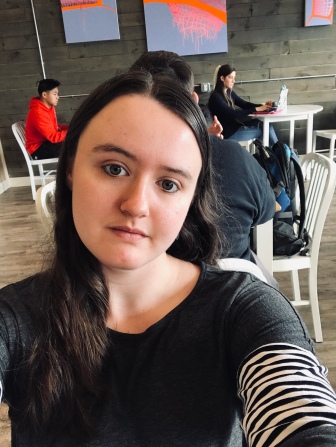 Look at me. Look into my eyes right now.

You’re beautiful precisely the way you are in this exact moment. You are a fully whole, complete human being, and you deserve to have joy in your life. Not just basic respect and decency, but joy. I mean that, and I won’t stop meaning it.