I am in love with the fashion of our time. It maintains the perfect balance between chic and comfortable, between extra and effortless. I could go on and on about the elements of current trends that I truly adore–and I probably will later on, given the theme of this blog.

That being said, there’s no pleasing everyone all the time, and my own personal tastes sometimes pull me away from what’s normally popular.

Keep in mind that if I happen to list a trend on this post that you love, feel free to disagree with me and continue to rock your own unique style. We’re all different, and my blog is meant to be a guideline, not a rulebook. 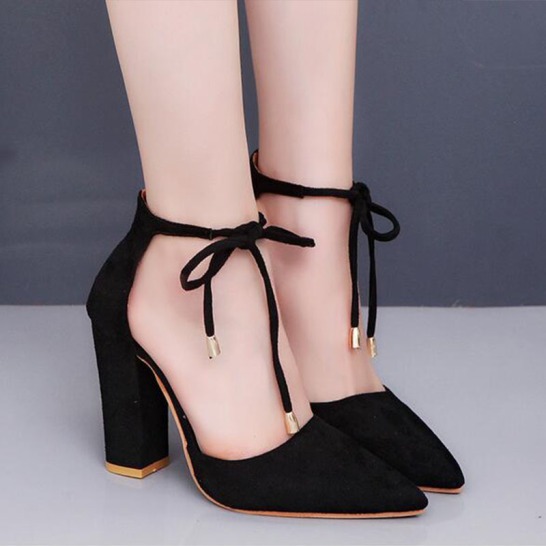 This trend is an old one, and it has endured for…probably longer than I’ve been alive. But here’s the question I think we should all ask:

Honestly, why was this kind of shoe ever popular in the first place? When you get right down to it, it’s weird. Nobody’s feet are shaped that way. What do we gain from the illusion that we have unnaturally pointy feet? Never mind the fact that high heels in general are super bad for your joints (and even your spine). Think of your poor, squished toes crammed in there.

I’m sure that tons of people would deem this trend a classic, but it gets a big thumbs down from me.

This is another one that’s an oldie…but not necessarily a goodie. Something about it just seems unbearably loud to me. It also carries a strong 80s vibe, which I think needs to go ahead and die. The 80s were an incredibly gaudy period in our fashion history.

I’m probably stepping on a lot of toes here, because I know plenty of people who love leopard, or have serious nostalgia for the 1980s. But I can’t change how I feel. You’re clothes should definitely say, “Here I am.” But this particular animal print accomplishes that by just relentlessly screaming.

One Word in Its Favor

As harshly as I’ve put it down, I will admit that I did recently see an example of leopard print that I liked. 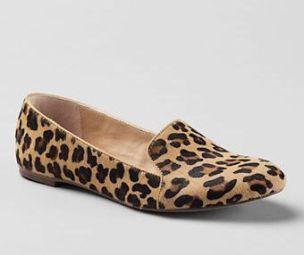 A while back, I saw a young woman in the coffee shop who was wearing a pair of shoes similar to the picture above. And they really worked.

They worked because her outfit was 100% neutral: beige coat, white shirt, jeans. The leopard print shoes served as the one pop of color that made the look interesting. So if you’re going to wear something loud, make it as subtle as possible.

Less is more. That’s the key. 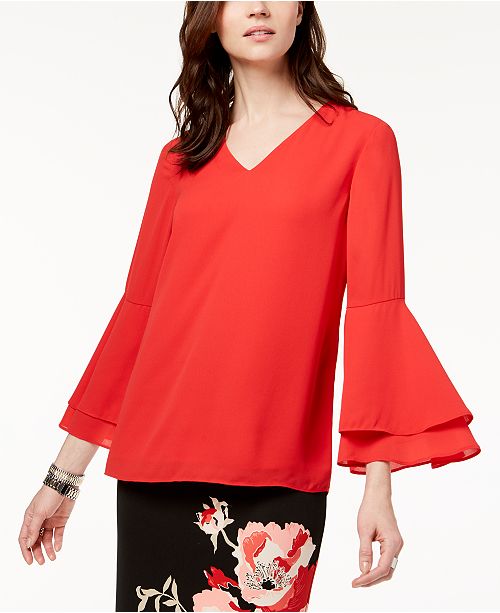 The 70s have made a bit of a resurgence in the last year or so, which I did not see coming, to be honest. And believe me, I was skeptical. Much like the 80s, the 70s had a lot of crazy going on in terms of fashion. However, in many ways, those bygone styles have come back pretty tastefully.

But the bell sleeve is taking it too far.

To begin with, I just don’t like ruffles, especially big ones. To me, this sleeve looks awkward. Ill-fitted even. Like a strange amalgamation of disco and medieval princess. I’m not saying it doesn’t work on some people, but then again I’m sure there was the occasional person back in the day who could even pull off parachute pants. Ultimately though, I’m just not sure if that ever justified their existence. 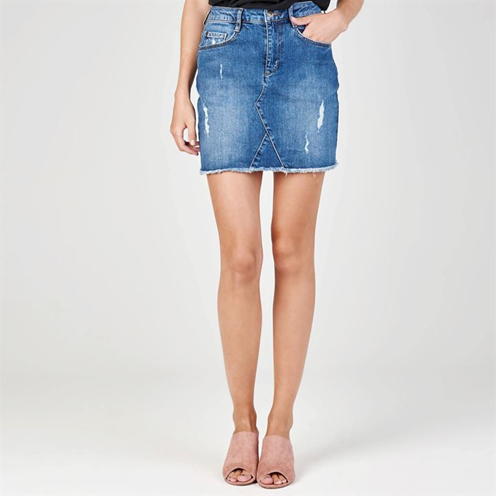 At its best, this trend is so 90s it hurts. Those were the days when celebrities actually wore denim on the red carpet. (Look up some of those pictures and see if you don’t wince).

At its worst, the denim skirt is extremely redneck, and not in any kind of chic way. I couldn’t exactly tell you why denim shorts are such a classic, while the skirts tend to give off this weird backwoods vibe, but that seems to be how it is, at least to my mind. And honestly, the longer the skirt, the creepier it gets. A short denim skirt is fairly…Ellie May. But a long one, especially full-length, is more like you’re attending a church that doesn’t believe women should have jobs.

You know something? I think both of the above outfits are totally hot. They look awesome. But strapless clothes will always have a fatal flaw.

Gravity will forever work against anything that isn’t properly secured, which unfortunately leads to uncomfortable evenings of constantly checking and tugging at your top. You can never be entirely at ease when you have to be on alert making sure that your boobs aren’t falling out.

Or worse, being on guard in case some a$$hole thinks it would be funny to just yank it down.

Sadly, we don’t live in a very safe world when it comes to having boobs. But the upside is that there are tons of sexy straps out there that can still show as much skin as you want. I like to ere on the side of security, so I’m very glad to have those options.

(Strapless bras are the exception to all of this. They are a God-send, and some outfits would honestly be impossible without them).

I realize that I really didn’t hold back with this post, but I think there can be a very positive spin to all of this.

There seems to often be this pressure, especially for women, to be happy or cheerful all the time. To like everything, or to always find the silver lining. Or perhaps just to go along with things to avoid disrupting the flow. That in itself can be a lot of emotional labor, and most of us do too much of that as it is.

If you’d like, I would definitely recommend that you make your own list of popular trends that you don’t like. Experimenting with your look means examining the bad along with the good. And it can be a great mental exercise for people who might not feel so confident about being contrary to the majority.

I found that making this list of things I do not like, and being completely unapologetic about it, was actually quite empowering. I typed every word knowing that the whole world could disagree or not like what I was saying, and yet I published this anyway.

Because in the end, I am not answerable to other people’s opinions. Not when it comes to my body or what I put on it.

And you shouldn’t be either. Feel free to continue loving leopard print or pointed-toe shoes. What you wear doesn’t determine your value as a person. You should do what you enjoy. It’s your life. Don’t say sorry.